We are Farm Family

The universe, the stars & timing

Three families intertwined, three different stories that cross paths and united around the same values.  Together they are building the largest organic fruit and vegetable company in the world; producing and exporting organic quality products all year long. 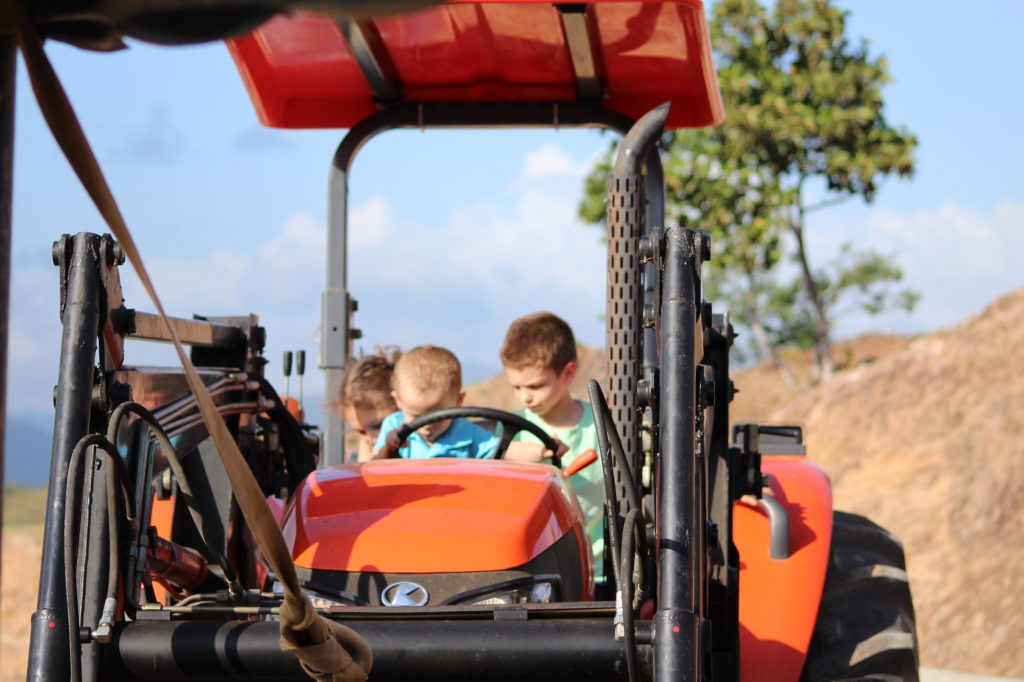 Farming has been in the Angiuli family for a long time.  Going back to the lush countryside of Italy where both of Brian´s grandfathers grew up, growing potatoes and making wine were what they loved to do.  Can you say… Gnocchi?  The farming bug found its way into many of Brian´s cousins (he´s from a super big family).  While one cousin started a seed-to-shelf farmer’s market in Ohio and other family members nurtured vineyards that produce some of the best wines around, Brian’s first love was economics and finance.  He spent some 20 years expressing his passion and talent for numbers on Wall Street until one day, for health reasons, he started wondering about the words he didn´t understand on food labels.  He came to realize that most of what´s available on store shelves is actually synthetic food.  Fake food.  Not real.  Very processed.  This preoccupation became exponentially bigger when Brian´s first child was born.

The lack of healthy food in the market combined with his financial prowess made him immediately see an opportunity.  At first, it was from a business standpoint; investing in water and agriculture technology.  This became a top priority, and his search for a good project drove him down to Central America where he would land in Panama.  With a plan in his head, his due diligence kicked in leading him to knock on Campo Organico´s door where almost immediately, he hit it off with Alan Winstead, a 4th generation Panamanian agronomist with a passion for farming.

When asked why he decided to switch gears from finance and dive into the world of agriculture and farming, Brian replies, “It was a simple decision when you really think about it.  Most other areas in business create different types of widgets, which will eventually be replaced within 5 years.  Agriculture, when done properly, can create world-class fruits and vegetables which not only feed people, it can provide a sense of security and make a contribution to a healthy lifestyle.  Having a farm, and owning land can live on way past our generations, leaving behind legacy´s for my family and their families.”  As Brian often likes to say, “It was a no brainer for me. I knew that when it came to deciding what to do with the rest of my life, the answer was easy: farming for a better world.”

Part of the Winstead family comes from Penonomé, a city in central Panama.  Back in the sixties, there was a big movement in Panama to produce and export rice.  Alan´s great grandfather was part of that movement.

For Alan, it all started when he was 5 years-old when his grandfather sat him on a tractor and every December, he would find himself on the farm while the family harvested rice.  At that time, he was too young to really help but this is where his curiosity and fascination with agriculture began.  Soon this became a tradition with his grandfather; every December when the school break began, he would help with the harvest and every July, when school was out, he would help with the planting.  By the time he was 10 years old and his legs could finally reach the pedals of a tractor, he started helping on the family farm.

Around the same time, his father started a project of his own as a hot pepper producer and exporter.  Breaking away from the rice industry, in a property close by, Alan started to work with his dad on the pepper farm.  The hot peppers were mainly sold to the Tabasco Company and the rest shipped to Holland.  In the 80s, Alan´s father’s love of the earth and Mother Nature was evident, as he started implementing organic techniques when nobody else was doing it.  Even though there wasn’t an existing market for organics, he learned everything he could about this emerging practice and applied his new knowledge to raising peppers.  He integrated pest management systems instead of spraying.  He used organic waste to put back into the earth as fertilizer.  As there weren´t a lot of studies on the subject, it was a lot of trial and error and self-learning.  He partnered up with local universities and PhD students.  He was a real pioneer.  This experience had always stayed with Alan.

Alan was fortunate for the continuous exposure various agricultural models, in that right before Alan went off to college his mother started her own ornamental plant business, selling to the booming real estate projects at the time.

“When I returned from college, I was fascinated with what was going on inside the nursery.  And that´s when I really started to get the family farming and planting fever.”

Those different farming experiences would later define what would become the fruit tree farming business that exists today.  When you listen to Alan talking about agriculture, there is no doubt that you are in front of a passionate and modern farmer; a defender of the earth.  Farming for him is, “working alongside nature.  It is working with a living organism called Mother Earth”.

Jan Bernhard Riggs is the son of Swiss immigrants who established themselves in Chiclayo, Peru in 1968 and then in Motupe in 1977.  Growing up in a predominantly farming environment, he became interested in small and alternative cultivation, and improving the living and working conditions of small producers in Peru.

His early age experiences influenced his adult goals and vision — he wanted to integrate small and marginal producers into efficient production chains.  Promoting sustainable development of small agricultural operations so that they could achieve their own goals of getting out of extreme poverty, Jan teaches and guides small farmers to manage the natural resources in a sustainable way.

This is how ProNatur was born in 1996 in the tropical highlands of the Peruvian rainforest around the town of Moyobamba.  Today, more than 1,000 families participate in the organization and actively cultivate just over 3,300 hectares of coffee, mango and limes together with other crops such as beans, peas, bananas, asparagus and more.  In addition to the cultivated areas, they also care for approximately 50,000 hectares of mainly endangered Amazon rainforest.