Whole Foods Is Left Behind in Amazon's Pandemic-Fueled Boom

Even as the rest of the grocery industry prospers, foot traffic at the upscale chain fell an estimated 25% in September over the previous year.

With millions of Americans still sheltering in place and cooking their own meals, the grocery industry has been one of the few bright spots in an otherwise battered U.S. economy. Unless, that is, you are Whole Foods Market, the upscale chain acquired three years ago by Amazon.com Inc.

Trips to Whole Foods in September were down 25% from a year earlier, according to Placer.ai, which tallies retail foot traffic from some 30 million mobile devices. Some of the decline is due to consumers consolidating shopping trips and buying more groceries online, but the traffic decline at Whole Foods is much steeper than at Walmart Inc., Kroger Co. and Trader Joe’s. Visits to Albertsons Cos., meanwhile, actually increased last month, compared with a year ago. And though Earnest Research estimates that Whole Foods sales (including online) rose by as much as 10% during the pandemic, some rivals are posting twice the gains.

“Everyone is buying more everywhere, but total customers are actually down for Whole Foods,” Michael Maloof, who tracks consumer habits for Earnest Research, said in a telephone interview. “Whole Foods is in a uniquely horrible place.” 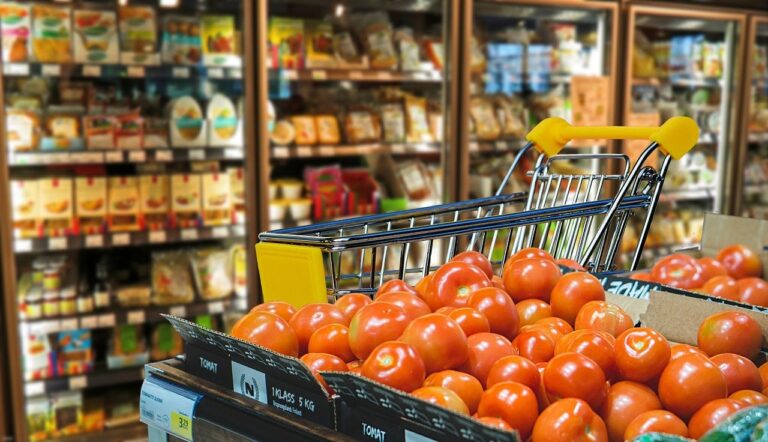 Amazon doesn’t break out Whole Foods sales, so getting a complete picture of the chain’s travails is difficult. But few grocers were more awkwardly positioned for the pandemic, analysts say. The stores were rarely a one-stop destination before the outbreak even for fans. The company expanded its prepared meals sections for office workers seeking lunch or dinner on the go, but now those customers are homebound. And Whole Foods shoppers who have time to visit stores often confront long lines and aisles crowded with gig workers paid to fetch online orders.

Meanwhile, despite expectations that the world’s largest e-commerce company would use Whole Foods to re-invent food shopping, Amazon has opted to open a separate chain called Amazon Fresh. Some analysts have even soured on the $13.7 billion acquisition. Bill Bishop, a longtime grocery industry consultant and founder of the consulting firm Brick meets Click, says the deal was probably well-thought out at the time but in retrospect was a “strategic error.”

In an emailed statement, a Whole Foods spokeswoman said: “Whole Foods Market continues to grow, and we strongly dispute this portrayal of the health of our business. In addition to offering a safe in-store shopping experience, we’re proud we’ve been able to rapidly expand grocery delivery and pickup to meet the needs of customers.” Presented with the data points used in this story,  she didn’t specify which, if any, were inaccurate reflections of the grocer’s business. The spokeswoman also declined to discuss the company’s sales performance. Chief Executive Officer John Mackey has said in recent interviews that sales of meats and other categories surged during the pandemic on buying from shoppers cooking at home.

Co-founded in 1980 by Mackey in Austin, Texas, Whole Foods helped fuel the organic food movement. By stocking products shoppers couldn’t get anywhere else and setting high quality standards, the chain drew loyal fans and was able to command prices other retailers couldn’t—earning it the epithet “Whole Paycheck.” The grocer shied away from a cookie-cutter approach to new stores, instilling a quirky, down-home vibe even as it grew to hundreds of locations through expansion and acquisitions. (One former employee likens Whole Foods to “a big old cuddly nonprofit that accidentally became a corporation.”)

But after rising interest in healthier food led mainstream grocers to stock organic items, Whole Foods struggled to keep its growth going. By the time Amazon stepped in, sales growth and profitability were in decline, and an activist investor was pushing for changes.

At the same time, executives at both companies preached a hands-off approach to integration. Responsibility for the chain in Seattle fell to physical retail czar Steve Kessel, and, after he stepped down, to logistics chief Dave Clark. The executives, who also sent deputies to work with Mackey, kept in touch with monthly and quarterly video call meetings patterned after Amazon’s corporate practice that prioritizes data over gut feelings or emotional appeals.

A clear priority from Seattle from the beginning was online ordering, a push that only accelerated when the pandemic sparked an unprecedented spike in web grocery orders. At busy locations during peak shopping hours, the crush of contract shoppers and regular customers can cause traffic jams. 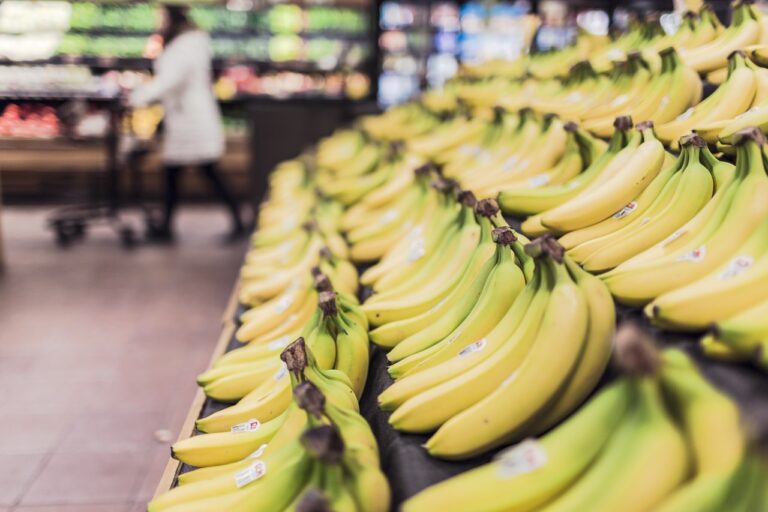 Whole Foods has tweaked store hours in some markets—and even temporarily shut down some locations—to make more room for online delivery, but crowding has become a frequent complaint of customers, one that has only grown louder as the pandemic limited store capacity.

In at least one Whole Foods store in the San Francisco Bay Area, online sales now regularly exceed in-store purchases, according to a person familiar with the figures.

Phoenix Normand, who picked the building where he lives in Los Angeles in part because it’s near a Whole Foods store, says he now finds himself trying to shop earlier in the day to avoid long lines at the entrance that he attributes to the presence of Prime shoppers grabbing online orders.

“I don’t know if Amazon’s move is to push people to do more [online] shopping versus being in the store,” he says. “It would be nice if they would let us know that. Don’t get me wrong, I like to pick my own produce, but if I have to fight with eight people over a fricking avocado, maybe I should be hiring someone to do it for me.”

Whole Foods last month opened a warehouse-like facility in Brooklyn designed to fulfill online orders. The company has considered other “dark” stores to reduce pressure on crowded locations, but focused instead on opening the New York one first, according to a person familiar with the discussions but not authorized to talk about them.

“The Prime shoppers certainly changed the experience at Whole Foods,” says a former senior Whole Foods manager, who requested anonymity because of confidentiality agreements. “They’re the exact opposite of a Whole Foods shopper. They’re about speed, efficiency. If you’re not selling that same experience, you shouldn’t expect those margins.”

Even before Amazon bought Whole Foods, the chain began centralizing decision-making over everything  from what to stock to the signage over the bakery department. That eroded the sway of regional managers who had helped the chain build a reputation for launching small brands you couldn’t find elsewhere. Some shoppers complain that it’s harder to find distinctive products on the shelves these days, a contention Whole Foods disputes.

“Whole Foods seems to be going downhill very quickly,” says Danielle Harnisch, a 65-year-old retiree who has done most of her shopping at the Petaluma, California, store for years. She’s turned off by stubbornly high prices, and a decline in selection that seems to have grown more acute during the pandemic. Now, she’s making more trips to Trader Joe’s and two locally owned markets.

A Whole Foods spokesperson says the store’s selection today includes 30% more locally sourced products than in 2016, the year before Amazon bought the chain.

Numerator, a research firm, estimates that 4.5 million fewer U.S. households have shopped inside a Whole Foods since the beginning of March, compared with a year earlier. The research firm says the chain is losing former devotees like Harnisch, and replacing some of them with a younger, more urban cohort of shoppers, many of whom are already plugged into Prime, Amazon’s membership program, but are typically less wealthy.

Numerator’s data, gleaned from customer receipts and surveys, suggest Amazon’s online push has gained traction, with  roughly a third of U.S. households buying groceries digitally at some point since the beginning of March, up 10 percentage points from a year ago. Its unclear how many of them can be persuaded to stick around after the pandemic ends, or be converted to in-store Whole Foods shoppers, who tend to make bigger purchases.

The former Whole Foods senior manager sees the writing on the wall, and it’s the new Amazon Fresh chain. The first store opened last month in Los Angeles and many more are expected to follow. The new chain, which tapped Whole Foods expertise, emphasizes in-store pickup from a dedicated counter and stocks national consumer brands like Coca-Cola that have long been verboten at Whole Foods. The former manager says most people thought Whole Foods and Amazon would revolutionize the supermarket industry. Now he says, “I think [it will be] Amazon Fresh stores.”