With huge numbers of infections in slaughterhouses, workers and environmentalists must join forces for change.

To anyone who has breathed country air thick with aerosolised manure or learned how the global expansion of pasture for feed crops drives deforestation, it might seem obvious that capitalism is unable to sustainably manage animal life. Yet the meat industry struggles to handle human life too.

Workers in factories strain to make thousands of cuts of meat every shift, leading frequently to repetitive motion injuries. Processing lines move so quickly that some workers must wear nappies because there are too few toilet breaks. There is not enough time for staff to cover their mouths when they cough – a potentially deadly issue during a pandemic. Even before the outbreak, the meat industry pushed limits of animal and human biology.

For a brief period, it seemed as though Covid-19 signalled the meat industry’s undoing. Meat sales dropped by 3% in 2020, the largest decline in decades. The Cargill processing plant in High River, Canada, has been linked to 1,560 cases of Covid – the largest single cluster in North America. In the United States, home to some of the world’s largest slaughterhouses, 493 separate plants have confirmed cases of the virus. At least 41,935 meat workers became sick and 200 have died. Until the US government declared meat production “essential” in late April, the slowdown and even shuttering of slaughterhouses seemed inevitable. Since then, however, many factories have returned to capacity and some have even tried to increase processing speeds. Not even a pandemic has slaked the imperative to drive workers harder.

Only nursing homes and prisons have rivalled slaughterhouses for rampant contagion. With their cramped conditions, minimal technical development and highly exploited labour, these kinds of ostracised workplaces can seem like the shambolic underside of capitalist modernity. Yet this impression – for the meat industry at least – is wrong. It was hit hard by the pandemic precisely because it has become too efficient.

The meat industry was Taylorist avant la lettre. In 1881 the eponymous consultant-engineer Frederick Taylor began his time studies with the goal of fragmenting and simplifying the labour process to eliminate inessential movement. His capitalist science of the body pushed the division of labour to the mind-numbing point of repeating a single motion. But half a century before the automobile assembly line, some US meatpackers had structured their plants along “disassembly lines”. With the exception of a postwar period of union power that slowed this process, the speed, scale, complexity and monotony of industrial slaughter has advanced dramatically ever since the 1860s. Animal and worker are locked in a danse macabre, together physically degenerating to produce ever more marginal profit.

The meat industry seems backward compared with other sectors because it relies relatively heavily on Taylorist labour management instead of mechanisation. Even the world’s most automated slaughterhouse, in Denmark, employs 1,330 people. Human eyes, reflexes and dexterity are needed to discern slight variations in each carcass. Machines struggle to replicate these subtle skills.

To break through this bottleneck, farm animals’ entire life course is manipulated to further deskill workers. Complex breeding regimens, genetic and hormonal manipulation, climate-controlled confinement and drugs make livestock bodies more uniformly standardised in order to limit the need for knife skills and adjustments by workers on the fly. Species have been remade to save seconds of waged time. For capital, there is no difference between machine, animal and human – all must be simplified and remade to increase productivity. Homogenisation, in turn, is a contributing factor towards factory farms acting as incubators for pathogens, including zoonoses that jump from livestock to humanity. It’s not surprising slaughterhouse and farm workers are on the frontlines of zoonotic outbreaks.

The meat industry may have brutally reduced the time it takes a person to perform each task, but its susceptibility to Covid lies in the great quantity of tasks – and attendant density of workers – concentrated in slaughterhouses. This expansion stems from the need to find markets to absorb the glut of carcasses. As recently as the 1970s, large slabs of muscle were sent to urban butchers for processing into retail cuts, but that now takes place in-house as larger firms squeeze out smaller rivals. New commodities are sought in the animal body – such as turning fat into biodiesel. Dozens of product codes and specialised labour tasks have been earmarked on to hogs since the 1990s, as single factories found new ways to take carcasses apart to satisfy high-value export markets such as Japan. To accommodate this swelling division of labour, the slaughterhouse has grown even further. Just 50 enormous abattoirs account for 98% of cows killed in the US. Labour density, speed and scale work together to make slaughterhouses vulnerable during the pandemic.

The only people in the meat industry who have shown leadership during the Covid-19 crisis have been the workers themselves. At the outbreak’s peak, immigrant and refugee packing employees in Iowa called on consumers to boycott the fruit of their labour – a “Meatless May” – if line speeds and density were not reduced. These were longstanding demands that took on an urgent salience in a pandemic. Yet, without the national union contracts they lost decades ago, and given the deep-seated racism of the contemporary US, the workers’ appeal for their lives over cheap meat was unlikely to succeed. But this episode makes clear that the fate of the working class and domesticated animals is bound together. Even something so modest as a line speed reduction could affect animals’ bodies and living conditions across a country.

The author and socialist politician Upton Sinclair recognised this more than a century ago, though his insight has largely been forgotten. He was always disappointed that his 1906 novel, The Jungle, a tragedy of Chicago’s packing houses, prompted anxiety over food safety rather than an abolitionist socialist movement. Discussions over meat tend to fragment into competing concerns for workers, consumers and animals, yet Sinclair refused to make this choice. He argued that in a socialist society no worker would be willing to practise such a “debasing and repulsive” trade. A socialist meat industry would drive itself out of business because rising wages and slower production would force up prices and choke off demand. And this, Sinclair thought, would be a good thing. As one of his mouthpieces in The Jungle explains: “Meat is unnecessary as a food; and meat is obviously more difficult to produce than vegetable food, less pleasant to prepare and handle, and more likely to be unclean.” More ominously, he warned that cramped conditions for the working class would create “centres of contagion, poisoning the lives of all of us, and making happiness impossible for even the most selfish”. 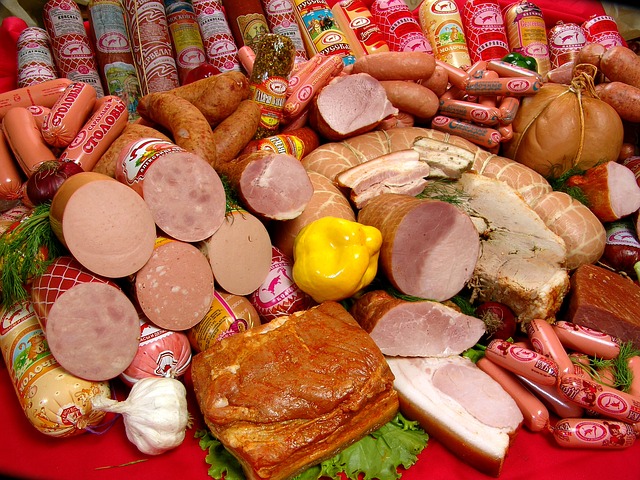 Covid-19 has made clear that the system that produces meat is fragile and brutal, but its problems predate and will outlast the pandemic unless there is fundamental change. High wages do not compensate for the spiritual damage of factory work. Sinclair damned a society where “the majority of human beings are not yet human beings at all, but simply machines for the creating of wealth for others”. Even if it were technologically feasible, a fully automated slaughterhouse would not prevent new pandemics spilling over from confined animals.

Mass-produced meat is a historical aberration that emerged within capitalism and must end with it – for the reversal of the drive to find new profit in every facet of human and animal life means that some of nature must be left unworked. Rather than being rivals, socialists, trade unionists, animal-liberation activists, public health officials and environmentalists should recognise their shared aim of abolishing relentless meat production. Once that is clear, one has to ask, why is cheap meat so hard to give up?

• Troy Vettese is an environmental historian and a research fellow at Harvard University. His book, Half-Earth Socialism: A Manifesto to Save the Future, co-authored with Drew Pendergrass, will be published in 2021

• Alex Blanchette is an associate professor of anthropology at Tufts University, and the author of Porkopolis: American Animality, Standardized Life, and the Factory Farm