The coronavirus is moving through Florida’s agricultural communities just as laborers began to migrate north for the harvest.

IMMOKALEE, Fla. — Inside her tidy house, a modest patio apartment wedged in a neighborhood of itinerant farmworkers, Angelina Velásquez packed. A half-filled travel bag lay on the couch, surrounded by clothes to be folded. The annual harvest was over in Immokalee, the country’s winter tomato capital, and it was time to head north.

Ms. Velásquez, a 52-year-old single mother of two, did not want to go. Not on the long ride in a loaded van up eight states to New Jersey. Not into the crammed living quarters she would be sharing with her daughters, 11 and 15, and other laborers like herself who would be spending the summer picking blueberries. Not on a journey whose every step put them at risk of contracting the coronavirus.

“We’re afraid,” said Ms. Velásquez, who so far is healthy. “But where am I supposed to go? There is no work here.” 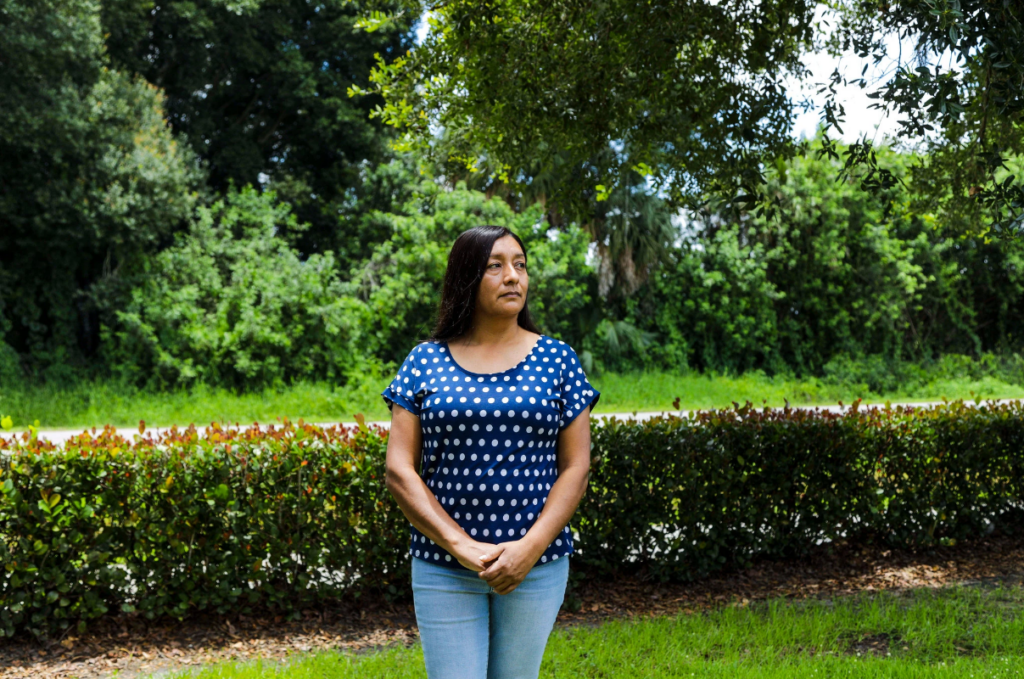 Ms. Velásquez and thousands of other migrant workers make their way each year from southern Florida up the East Coast and into the Midwest, following the ripening of fruits and vegetables. Watermelons in Georgia. Sweet potatoes in North Carolina. Apples in Michigan.

This year, many will bring the coronavirus with them.

Florida’s agricultural communities have become cradles of infection, fueling a worrying new spike in the state’s daily toll in new infections, which has hit new records in recent days. The implications go far beyond Florida: Case numbers in places like Immokalee are swelling just as many farmworkers are migrating up the Eastern Seaboard for the summer harvest.

As is the case with agricultural communities around the country, Florida’s farming regions have a high degree of built-in risk. Fruit and vegetable pickers toil close to each other in fields, ride buses shoulder-to-shoulder and sleep in cramped apartments or trailers with other laborers or several generations of their families.

Immokalee has a small federally funded clinic, but does not have its own hospital.

Gov. Ron DeSantis, a Republican, has called the contagion in agricultural communities Florida’s “No. 1 outbreak.” He has also repeated the Trump administration’s misleading claim that the rising case numbers in the state should be mostly attributed to more widespread testing and not to the economic reopening. Some bars and restaurants that recently opened have had to close again as employees and patrons have gotten sick.

“We’re not rolling back,” Mr. DeSantis said on Tuesday. 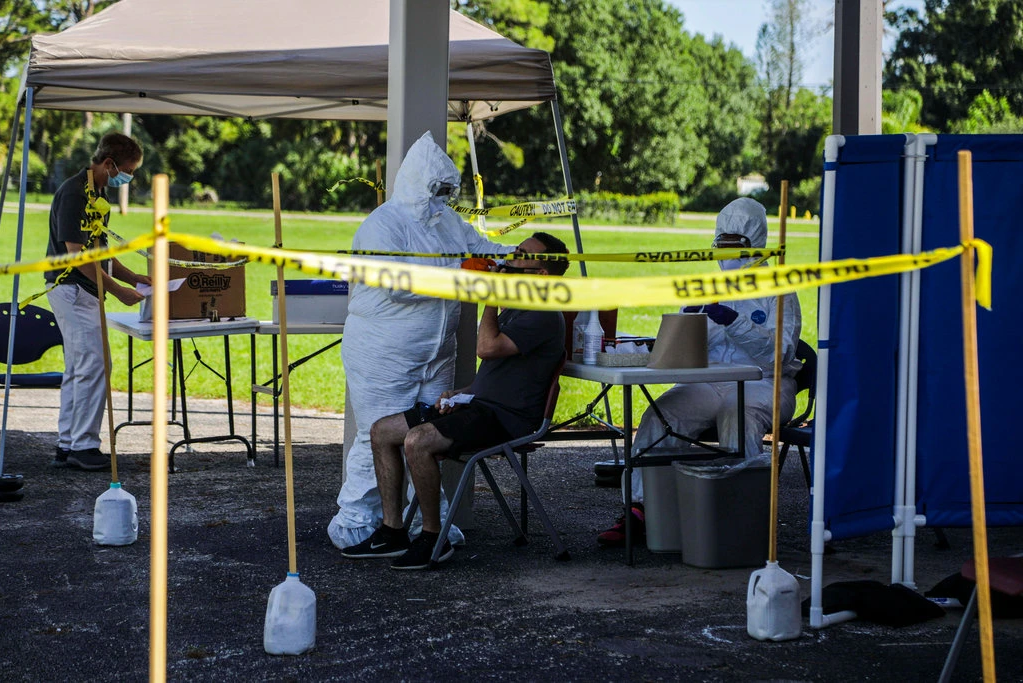 That farmworkers essential to the economy were vulnerable to infection has been evident for months. In Washington State, labor unions tried to get bunk beds banned in farmworker housing. Regulators let the bunks stay but put other rules in place last month to try to ensure physical distancing.

Despite the known risks, it took many weeks for a coordinated public health response to take shape in Immokalee. Doctors Without Borders, the nonprofit organization that usually deploys to poor and conflict-ridden parts of the world, arrived in April to help at the request of the Coalition of Immokalee Workers. Its roving testing site has twice set up at the flea market off Main Street, with its outdoor clothes racks and taco stands.

“We’re also still a little shocked that we’re here,” said Jean Stowell, who oversees the organization’s domestic coronavirus response team, which has embedded in the Navajo Nation, New York and Puerto Rico. “We knew that migration was an issue in the U.S. that would expose people to vulnerability. We knew that they would struggle to get care.”

At first, tests were hard to come by outside of the clinic and few people wanted to get them, for fear of jeopardizing their livelihoods. Now testing sites draw short lines of people standing quietly a few feet apart, with umbrellas shielding them from the harsh sun. Big signs around town display proper hand-washing and mask-wearing techniques. Some posters debunk myths, including that eating garlic, consuming vitamin C or taking hot showers might prevent infection. Radio stations broadcast question-and-answer sessions in Spanish and Haitian Creole.

The Florida Department of Health did not do mass local testing until early May, and then found an alarming number of cases in Immokalee and other largely immigrant and impoverished farm towns. A watermelon farm in Alachua County that tested 100 workers after a sick laborer arrived from Miami-Dade County found 90 positive cases, Mr. DeSantis said, though only one had symptoms. 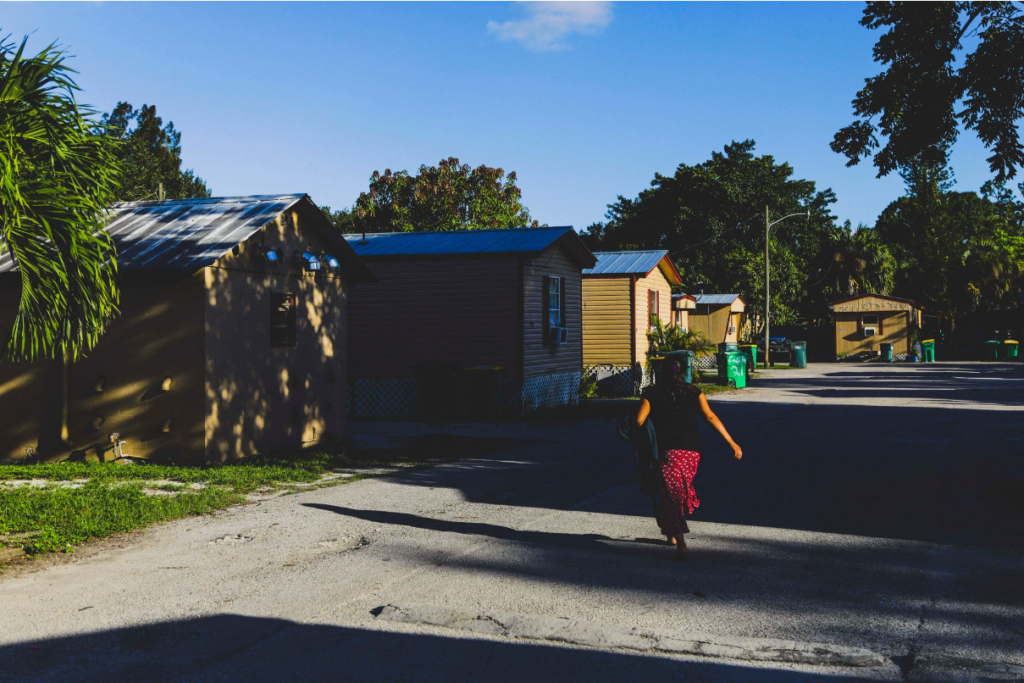 Lake Worth, a suburban Palm Beach County community of about 39,000 that has a large population of Guatemalan and Mexican immigrants, has 1,418 confirmed cases, almost as many as St. Petersburg, a city six times larger. Belle Glade, a sugar cane city of about 20,000, has 514 cases. Indiantown, population 7,000, has 534.

And Immokalee, a community of 25,000 on the western edge of the Everglades, has 1,207 — more than Miami Beach, a city three times larger. The positive test rate in Collier County, home to Immokalee, is 10 percent, about double the state rate.

The office of Nikki Fried, the state’s agriculture commissioner and a Democrat frequently at odds with the governor, disputed that farm towns were spreading the virus as much as Mr. DeSantis said, given that most harvests have concluded.

Yet the growing numbers and the potential for the virus to spread further outside of farming communities have remained a concern for state officials.

“You don’t want those folks mixing with the general public if you have an outbreak,” Mr. DeSantis said last week, infuriating longtime community activists who say the answer is not to isolate an already overlooked population but rather to help improve its working and housing conditions.

“There’s a big disincentive to take care of oneself and take care of one’s co-workers,” said Laura Safer Espinoza, executive director of the Fair Food Standards Council, a Sarasota-based organization that works with tomato growers and migrant workers. She said that agricultural employers in Florida were largely exempt from having to compensate workers who stay home sick, and that workers often ignore their symptoms and show up for work. “There’s a big fear of missing a paycheck,” she said.

Farmworkers tend to be younger and more fit than the rest of the population and may not suffer as severely from the virus. Some of them joke, in gallows humor, that if the tomato fertilizer has not killed them yet, maybe the virus will not. 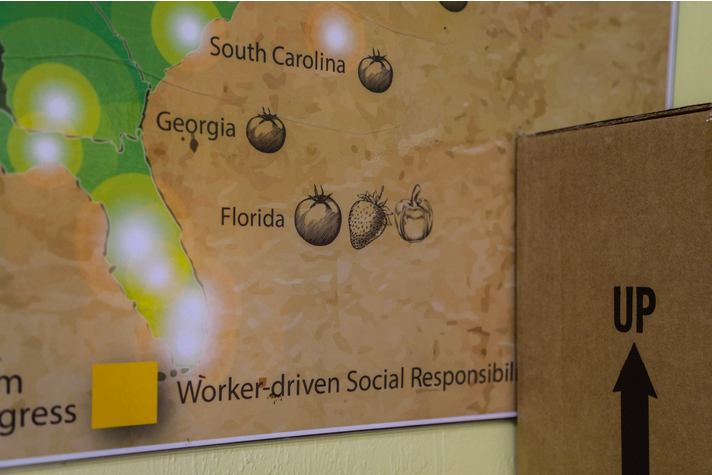 While many are guest workers on temporary visas, others are undocumented, with little access to routine health care and an ingrained fear of the authorities.

In Immokalee, local leaders have pledged to keep Immigration and Customs Enforcement away from testing clinics, hospitals and isolation wards, but some farmworkers have given inaccurate names or addresses when they get tested, making contact tracing more difficult, said Kristine M. Hollingsworth, a health department spokeswoman. After realizing that sick people refused to be isolated in hotel rooms 45 minutes away in Naples, Collier County, commissioners signed off last week on renting dorms in Immokalee.

Some growers — especially those in the Fair Food Program, which allows for the monitoring of workplace conditions — have added hand-washing stations, required facial coverings and leased more buses to give farmworkers more space. Kent Shoemaker, chief executive of Lipman Family Farms, said guest worker crews lived spread out in on-site housing. The company gets workers’ grocery lists to shop for them so they do not have to go into the store.

Not all growers have taken similar precautions. Alfie Oakes, president of Oakes Farms, has falsely claimed that the virus is a “hoax” and denied that any workers on his properties had gotten sick — though the Fox affiliate in Southwest Florida reported that one laborer died at an Orlando hospital. Steve Veneziano, a company vice president, declined to comment to The New York Times.

(Both critics and supporters of Mr. Oakes demonstrated outside of the company’s Naples grocery store on Saturday and in Immokalee on Tuesday after he also called the Black Lives Matter movement a “hoax.”)

The Collier County medical examiner does not track coronavirus deaths by city, so fatalities in Immokalee have been shared by word of mouth.

“Did you hear about Mrs. Sara?” Alejandrina Carrera, a farmworker, asked Nely Rodríguez on her front porch last week, as a rooster crowed nearby. “She went sick to Georgia, and they found her dead there.”

A 17-year-old survived Covid-19 only after spending time in intensive care at an NCH Healthcare System hospital, where the teenager was hooked onto a heart-lung bypass machine, said Dr. David H. Lindner, the hospital’s medical director of intensive and respiratory care.

“That was one of the youngest and sickest we’ve had,” he said.

The Rev. Miguel Estrada of Misión Peniel, a social justice ministry that distributes vegetables, bread loaves and cookies from its parking lot weekly, said he knew of one family that had 30 people who contracted the virus. Gloria Padilla, the local coordinator for the Redlands Christian Migrant Association, said her mother was hospitalized with Covid-19 for two days, and a brother, sister, brother-in-law and nephew had all fallen ill.

Among those who have recovered is Ma-Belén Guerrero, 44, a housekeeper at a Naples golf and country club who shares an apartment with her boyfriend and his two children. She isolated in one bedroom, the children in the other, and her boyfriend in the living room. 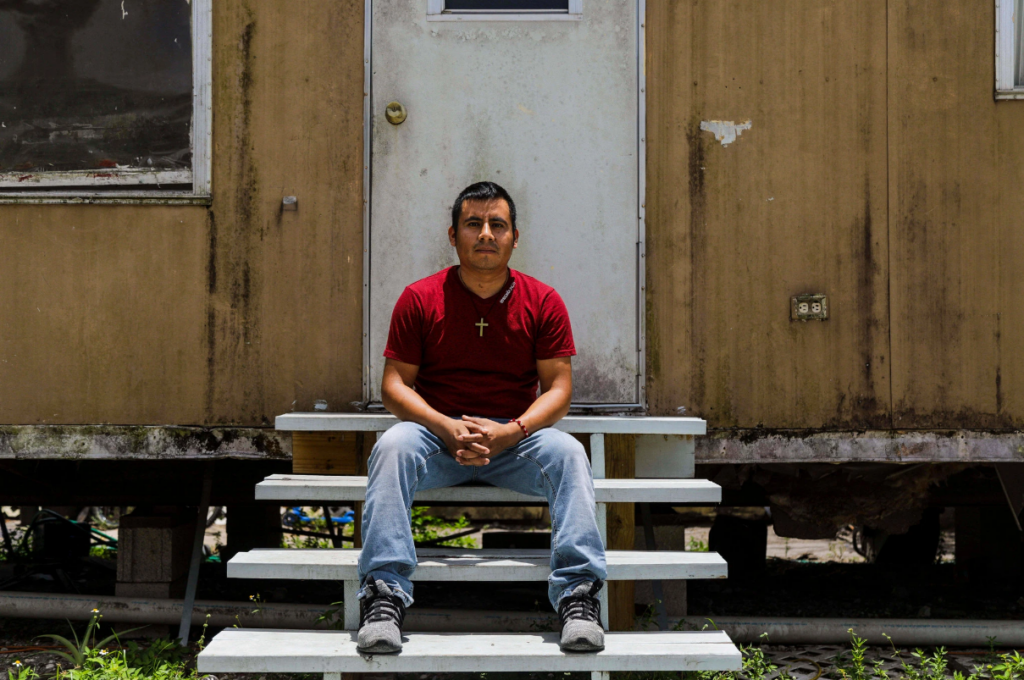 “All locked up in here, we don’t have money for rent or for food,” said Ms. Guerrero, who makes $11 an hour. “We just don’t make enough to be in quarantine for so many days.”

Public health officials worry that the spiking numbers in Immokalee may not remain localized for long, as migrant farmworkers increasingly go north to follow the work. Thousands make the trip out of Immokalee each year, according to the Coalition of Immokalee Workers.

Despite the financial hardship, some Immokalee residents are so scared about getting infected far from their families that they plan to forgo the harvest up north.

“I’m trying to take care of myself — for my wife, for my baby,” said Wilson Pérez, 30, who lives in a trailer with his wife, their three children and two other laborers. Their belongings — bikes, a stroller, toys, potatoes, a filing cabinet — spill out into the back.

Ms. Carrera, 38, said she had planned to leave her three children in her sister’s care.

“But I decided better not,” she said. “I’m staying here.”